Unified Code for Units of Measure (UCUM) was developed by Regenstrief Institute and the UCUM Organization as an unambiguous system of units and their combinations. UCUM is intended to include all units of measure currently used internationally in science, engineering and business and has been adopted internationally by  IEEE, DICOM, LOINC, and HL7, and is also in the ISO 11240:2012 standard.

A string of characters that is a valid UCUM expression may not be present in the CDISC "UNIT" codelist for various reasons:

Mapping between UCUM and CDISC codelist representations of units may be facilitated by the Unit-UCUM Code table.  This code table includes all CDISC unit of measure codelists along with UCUM representations for each unit.

The table below compares these unit code systems at a high-level.

Finding the CDISC Submission Value for a UCUM expression

This can be done manually, using the Unit-UCUM Codetable, by following these steps:

For example, to find the CDISC Submission value for the UCUM expression "mm[Hg]" in the Unit codelist. 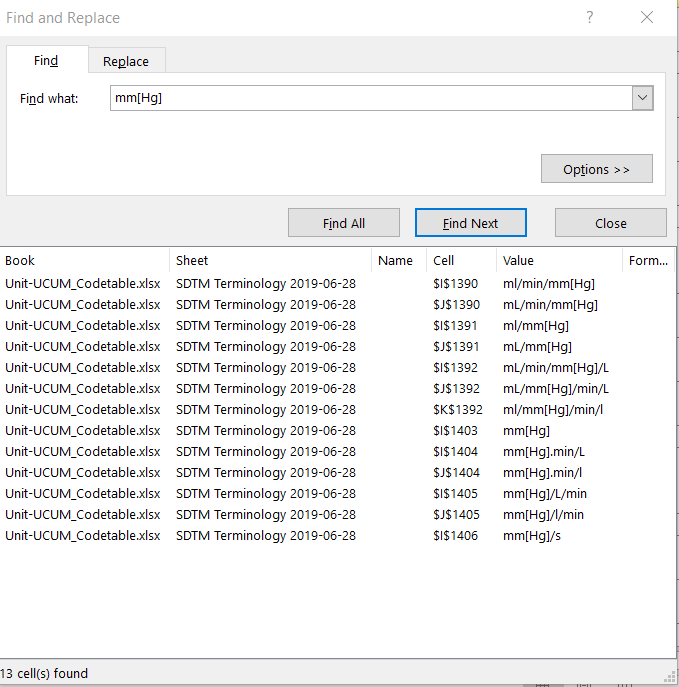 This process could, of course, be automated.